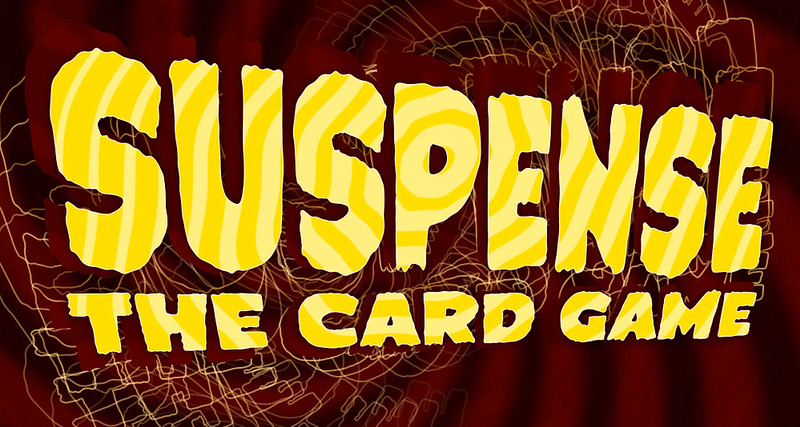 Daniel Solis is a brilliant game designer. He built one of my favorite RPGs, Do: Pilgrims of the Flying Temple, a free-wheeling story-telling game of young wuxia pilgrims flying around a fantasy world, getting into trouble and helping others. Its primary mechanic is Go stones.

He recently began demoing a new game called Suspense!, a headache-inducing card game. I was lucky enough to play it with him at PAX East I felt fascinated for about 3 games, then I desperately wanted to play something else.

You work to guess each game’s win condition based on the cards you have and the cards other players have revealed.

The game consists of a set of cards that each include a number and a win condition. One card is removed and placed faced-down in the center of the play area, while the rest are dealt to the players. The players then play cards in turn; once all played cards reach a certain value (which varies depending on the number of players), the match ends. The secret card in the middle of the play area is revealed, and the player who matches its victory condition gets whatever points it states.

Certain players will adore this game. It combines the guesswork of poker with the stark limitations of a known and rapidly diminishing field of possibilities. If you like the idea of playing a hand of poker that’s inside a logic puzzle, this will probably appeal to you!

That said, keeping track of the possibilities exhausted this novice player. This is not a game to spend hours playing on the first night!

As a bonus, Suspense! is styled with retro B-movie sayings (“What is the mad doctor’s secret?”) which keeps the game light.

You can download Suspense! today as a free PDF.