Kindle 1 vs. Kindle 2 vs. Sony eReader 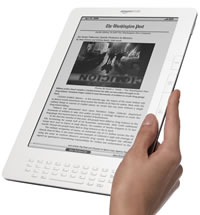 About a week ago, I received an email asking me my opinion on the Kindle versus the Sony eReader for a particular situation. I offered some advice, and was asked to post the conversation on my blog here, for the world’s benefit. So, here you go:

My girlfriend wants to buy me a Kindle. I’m about average to slightly above average on my level of reading; about 1 book a month.

I have done a bit of reading on the net, and I really can’t tell if a Kindle or Kindle 2 or Sony reader or some other option would be best.

Doesn’t Sony allow you to purchase ebooks from various sources and share it to other devices, while Amazon ebooks are only useable on Kindle?

I’ll start with the final question. All of the ereaders support formats other than their store’s standard format. For example, besides the Kindle Store’s .azw format, Kindle supports .mobi, .prc, .rtf, .pdf, and .txt natively, as well as Word documents through a free conversion service. Sony’s and B&N’s have similar setups.

The Kindle’s big advantage is its market share â€” it offers a wide variety of current and older books, at (usually) lower prices than its competitors. Generally, more of your favorite books will be available for Kindle than the others.

As to which Kindle is best: For what it’s worth, I’ve owned all three major versions of Kindle: 1, 2, and DX. I like the DX because of its larger screen size; it’s like reading a hardback book compared to a paperback. It’s just nicer that way. Most of the folks who prefer a Kindle 2 want to be able to put it in a purse, or just want something very lightweight; I personally don’t have those needs. The DX isn’t particularly heavy anyway.

As to whether you should get a Kindle at all: I’ll say that I was a fairly heavy reader before getting my Kindle (several books a month), and I became a heavier reader after getting it.

Its free samples made it much easier to check out genres I never would have looked at before. If friends recommend a novel, I can easily check out the first chapter or so, without standing in a bookstore for 10 minutes.

Would you recommend the K1 or K2?

I prefer the K2 to the K1, as I find the K1’s scroll wheel clunky. It works, but it’s not nearly as convenient as the K2’s mini-joystick.

A lot of people who like the K1 point to the SD slot and the replaceable battery.

On the SD slot â€” it caused quite a few problems on the K1, as something that would often get stuck or otherwise confuse the OS. Also, there’s no need to store tons of books on the Kindle; all the purchased books are backed up by Amazon, and anything else would be backed up on one’s computer (I should hope!). One will never be away from a computer long enough to get through a thousand books stored on the device, if you get my meaning.

On the replaceable battery â€” that type of battery (Lithium-Ion, I believe) dies even when it’s not being used. So a replacement will age about as quickly as the battery in the Kindle, so when the Kindle’s battery dies, the replacement will already be about dead. Moreover, Kindle 2 and DX battery replacements are done with overnight shipping, so one would only be without one’s Kindle for a couple of days.

K1’s a fine device, but I just don’t think it’s worth it when it has a clunkier UI. But that’s just me!